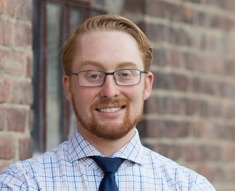 By now we’ve all heard plenty of discussion regarding earth’s impending doom. Yes, the Mayan calendar terminates forebodingly some time on December 21, 2012. Does this mean that we should all be sitting down to our last meal tonight, or were the Mayans simply tardy on their efforts to go out an purchase the 2013 edition of Yoga Cats? I don’t have answers to these questions. I do, however, have 4 websites discussing the topic that exhibit questionable, or severely dated, web designs.

This one is minimal, which compared to the rest is a plus. The discussion is brief and extends the scope of doom to include similar predictions from a Latvian scientist and philosopher who immigrated to the United States and wrote a great deal about magnets. He also appears to have built an impressively stone henge-like structure in Florida called Coral Castle. The part of the website that struck me was the obscenely long list of hyperlinks to other conspiracy stories on the internet. Click if you dare!

This site takes a more pragmatic approach to the end of days. Part news blog, part resource center, the makers of this site seem bent on instilling a strong sense of fear in the reader. Front and center is “37 Foods you should be stockpiling NOW!” The purpose of the site becomes clear as the thumbnails of survival tools bring you to a shopping cart. These folks are doing a pretty good job monetizing their site with banner ads and even a donation button, which calls to question how dedicated they really are to helping me learn about one-way flights. Major points are lost by their 780 pixel width. Perhaps it’s optimized for a Kindle Fire. Who knows.

Speaking of widths, horizontally challenged these guys are not. Bonus points are well earned for a “responsive design”. The points end there, however, as their findings are supported by such sources as “The Many Books written on the topic of 2012.” A gold mine of classic whacky quotes, the site includes sections with titles such as “Who? What? Where? King Solomon, Gog, Magog, and The 2012 Apocalypse”. Their questionable writing is supported with photos of horrible disasters and historical artwork, which is good because the text is…well, let’s just say I was only able to scratch the surface.

This one is more than just a tribute to the apocalypse. With a much more upbeat tone, the focus is on the changing tide that 2013 will bring. Scroll down and you’ll notice a false bottom! There appears to be a second webpage well below the fold. With plenty of butt-shaped earth rainbows, the artwork looks like it came out of an Alex Grey wet dream.

I can’t say I’ve been convinced of anything except that, despite what my circle of friends would seem to indicate, conspiracy theories and web design do not mix well. My brief study of these sites did remind me that life is too short to have a bad design, even if you don’t need to worry about it after tonight.